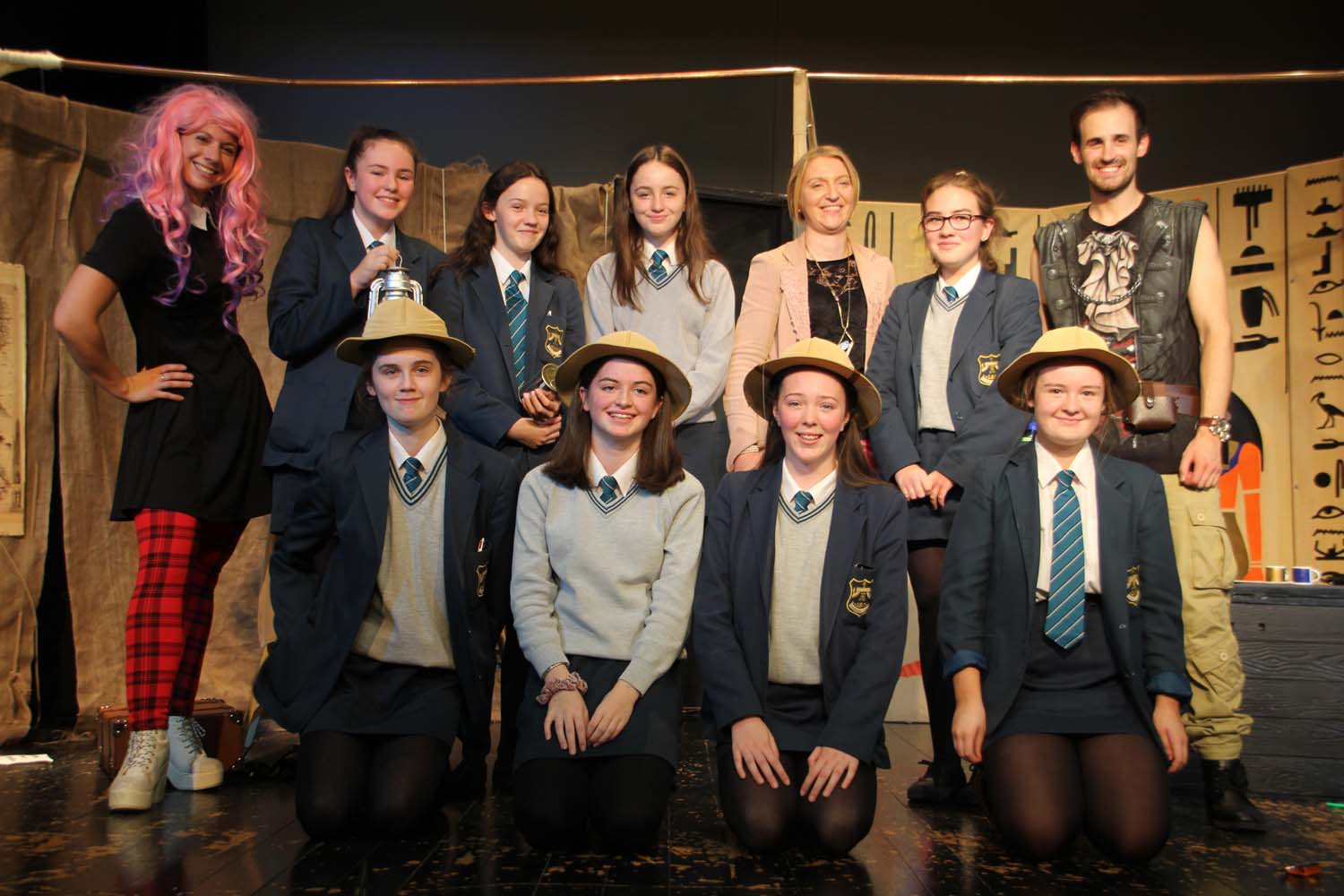 As always everyone thoroughly enjoyed the show and were very impressed with the performance of the two French actors, Cyrielle and Étienne.

Click on this link to see our short video of the event:
La Salle des Enigmes

Here are some opinions from our Year 10 French students who attended the play : 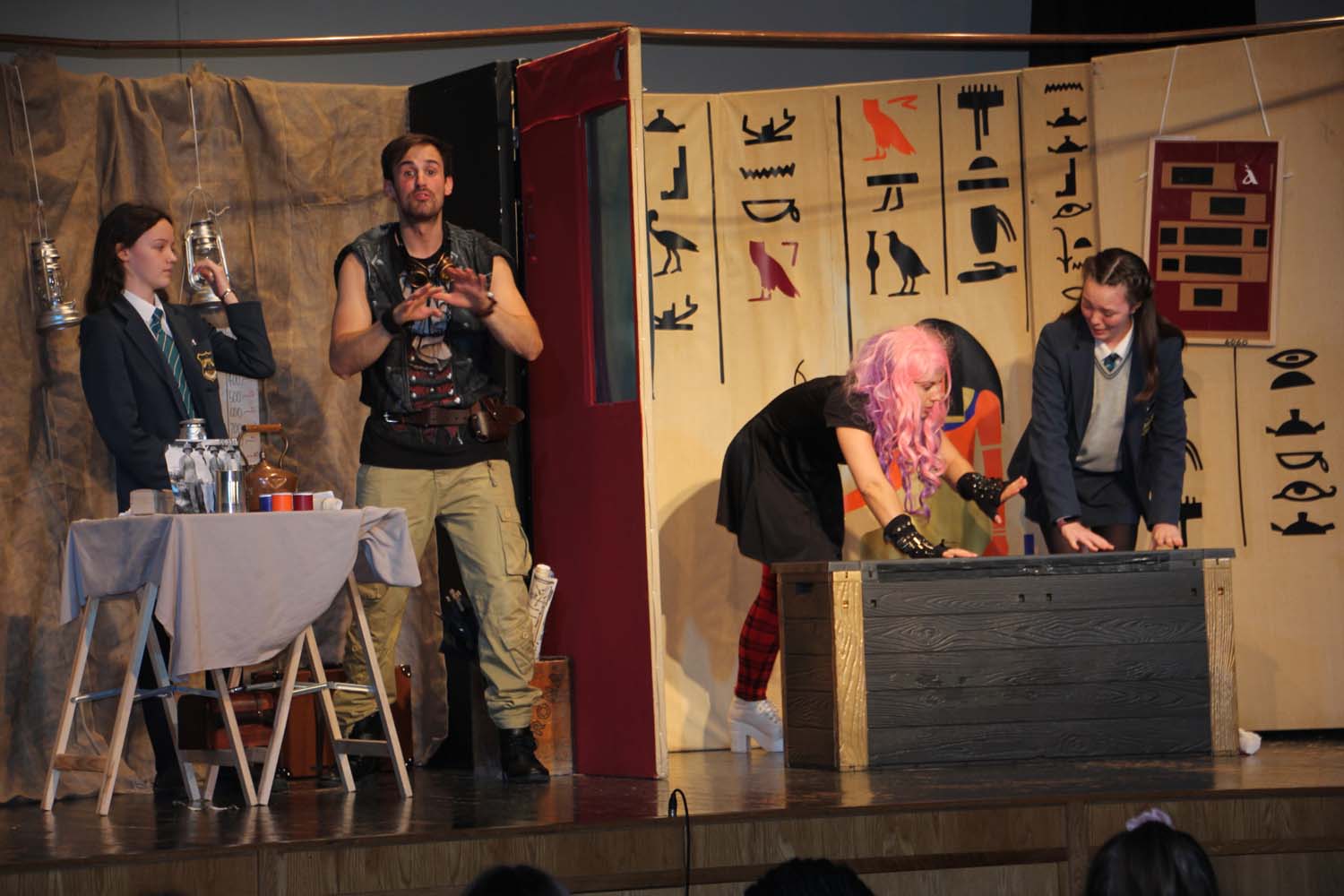 'I really enjoyed the French play as it was very unique.  The storyline was very interesting and funny.  The actors were really good at involving the audience, while keeping the show entertaining.  Although I didn’t understand everything they were saying, I was able to follow along with the story.  It gave me a better understanding of French.  They engaged well with the crowd, helping us to understand what they were saying.  Overall I thought this play was really good and you could tell that a lot of effort and hard work was put into it.'

'I thought the French play was really good.  It was very funny and there was always something happening.  I liked that they allowed students to come up onto the stage.  I thought that was a very good idea.  The actors played their roles really well and always got the audience involved.  The props were really good and helped us to understand the play better.' 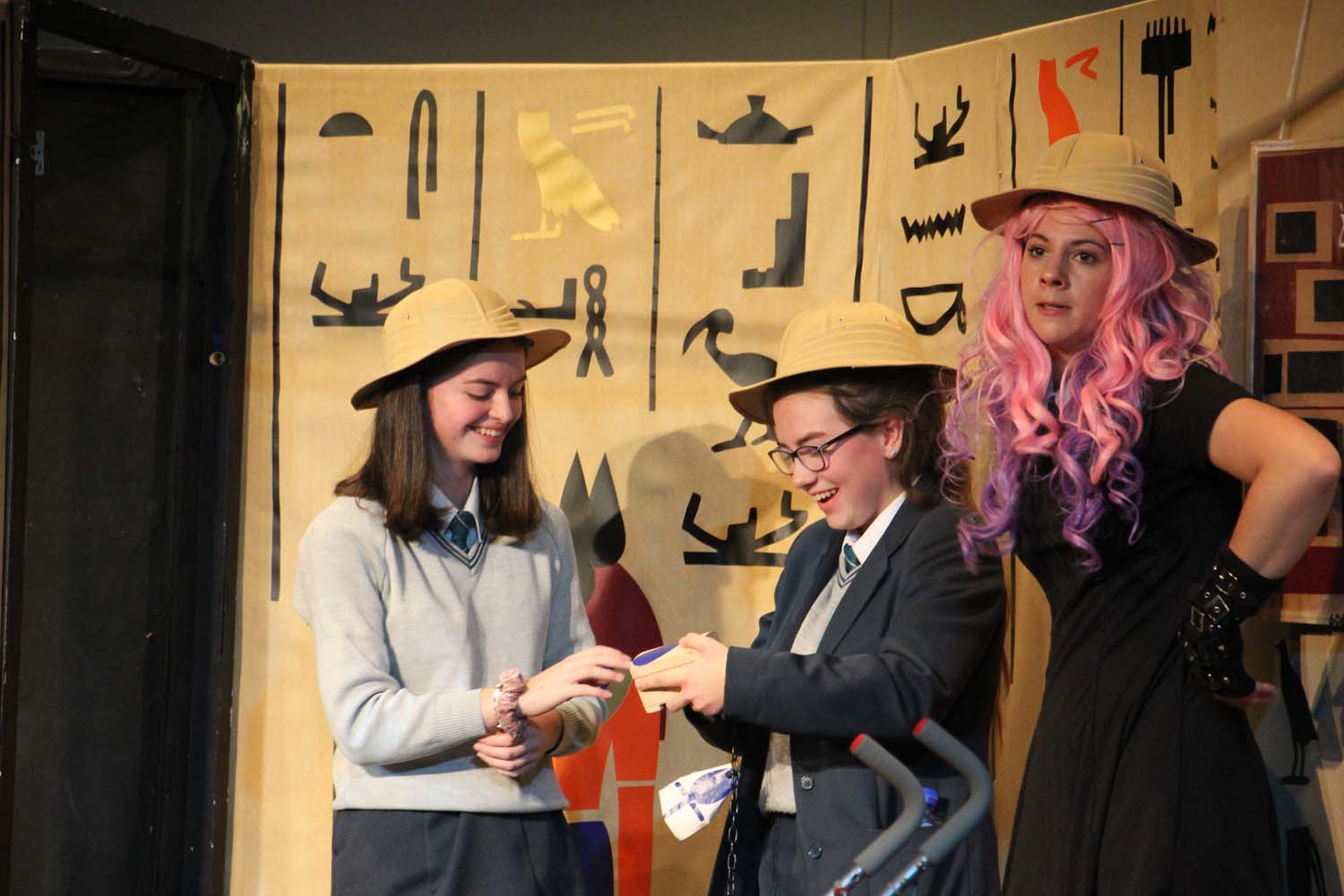 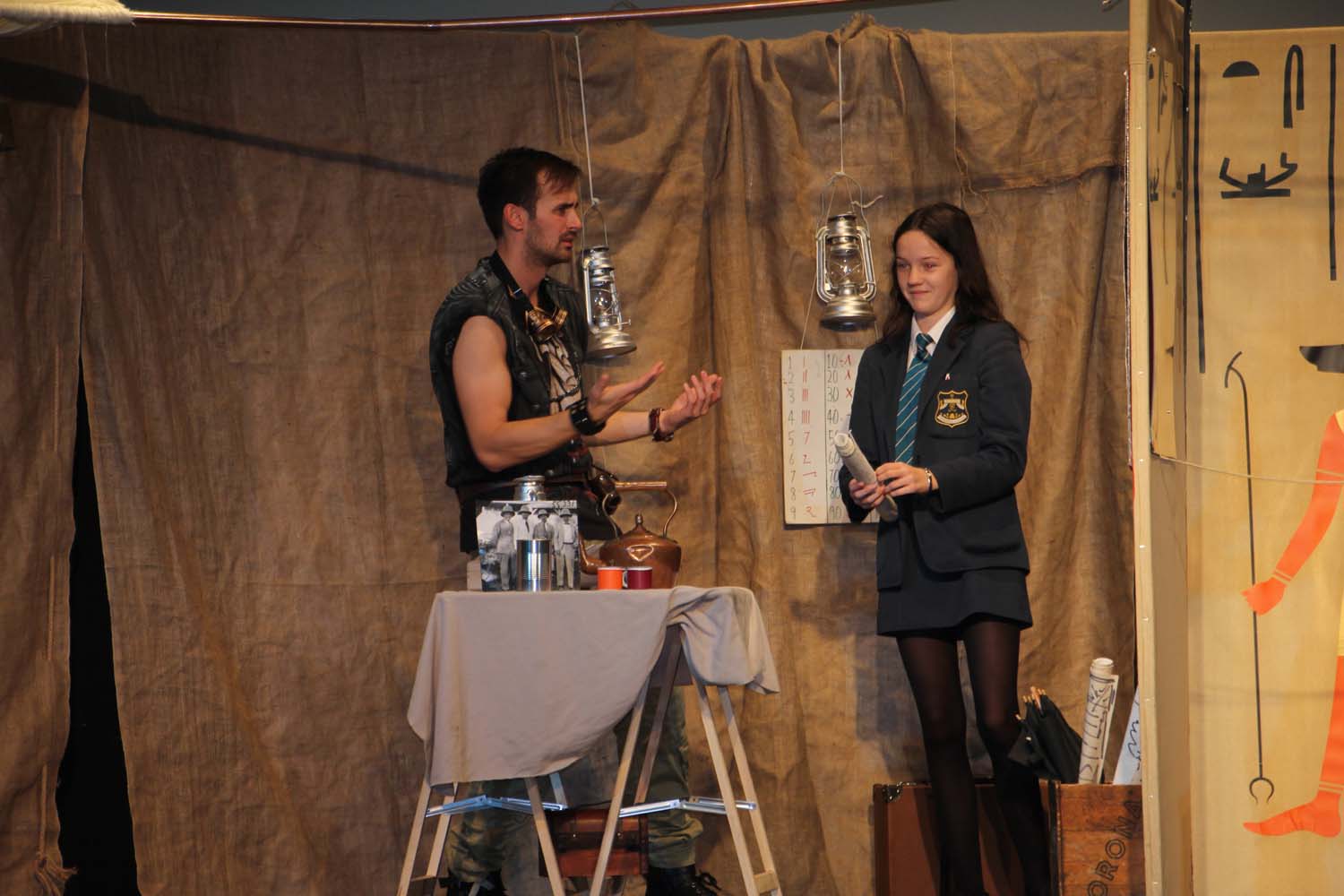 'I think that the play was very well put together.  It had some funny scenes that made myself and the audience laugh.  The two actors were brilliant!!  They were very enthusiastic and bubbly and kept the play running very smoothly as both of them were probably very tired but were always happy and always stayed in character!  I would 100% recommend bringing audience members on stage.  I also really liked that the actors asked the audience French words such as numbers.  I think the writers should keep this as we could all learn new words and phrases.

Even though I didn’t understand every word, I still understood what was going on and the plot of the story.  This is the best thing of all!  I really hope to see a play like this again!' 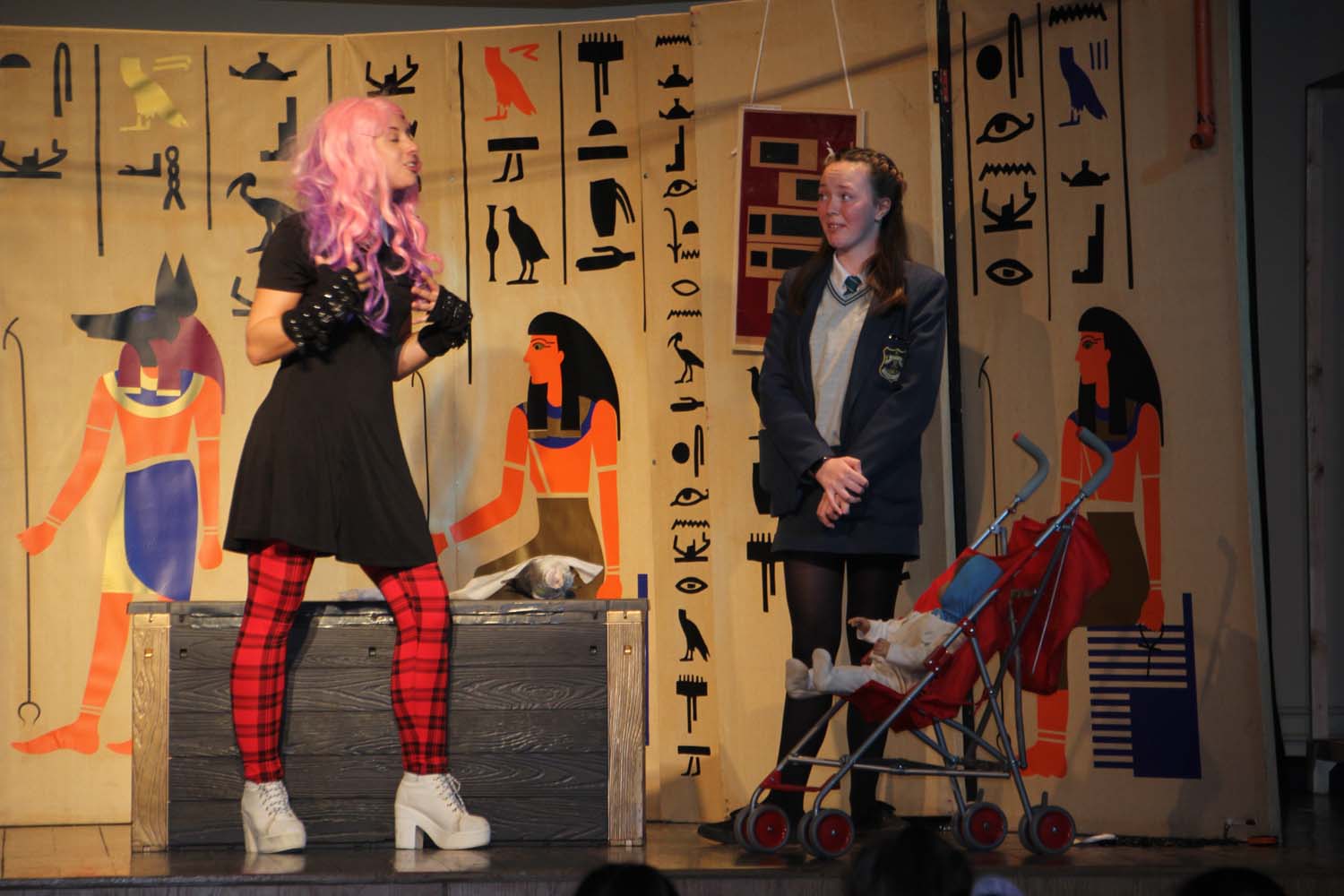 'I think this play was very good as the actors involved were full of energy and were always in character.  I also appreciated the fact that the actors included gestures to make understanding any new vocabulary easier and they spoke loudly, clearly and slowly to ensure we were understanding what was happening throughout.  The play was well written and always had lots happening.  I thoroughly enjoyed the participation of students as it was entertaining and fun to see your friends on stage.  I found this play useful as I was able to hear all the pronunciation of words and to learn new ones.  I learned from the play that I know much more French than I thought.  I would definitely recommend this play to French students.'